Is Coffee Anxiety Real? This Is How Caffeine And Anxiety Are Related

Do you know what drug is the most popular and widely consumed around the globe for centuries? No, it’s not what you might be thinking…

No drug, in the world, is consumed the most than caffeine! Caffeine has been present in most of our beverages ever since the earliest of times. Did you know that, worldwide, two billion cups of coffee are consumed every day?

We undoubtedly love the boost caffeine gives us and we are all aware of the various benefits of caffeine such as alertness and energy but as with every drug, caffeine has its side effects as well. Too much caffeine consumption can trigger our anxiety response.

In this blog, I’ll help you understand how caffeine and anxiety are related, does caffeine cause anxiety, and how you can stop coffee anxiety. So, let’s begin by understanding the coffee anxiety symptoms.

Is Coffee Anxiety A Thing?

Caffeine is a stimulant that acts as a stimulant to our central nervous system. Not only caffeine helps in energizing us but also causes alertness. Too much caffeine can be bad for you if you’re struggling with anxiety or related disorders.

Consuming caffeine causes jitteriness and similar symptoms of an oncoming anxiety attack. Why? Because caffeine stimulates our “fight-or-flight” response. Anxiety is our body’s natural response to stressful or threatening situations.

Caffeine can trigger this response, making us overreact in normal, non-threatening situations. Too much caffeine can also make you feel irritable and distressed in day-to-day situations.

In some research, it was found that while caffeine can certainly help in increasing alertness, improving cognitive performance, and heart health, it can also increase anxiety and its symptoms, especially if you’re struggling with anxiety disorders, panic disorders, or social anxiety disorder (SAD).

Also Read: Am I Addicted To Caffeine?

Caffeine And Anxiety: What’s The Connection? 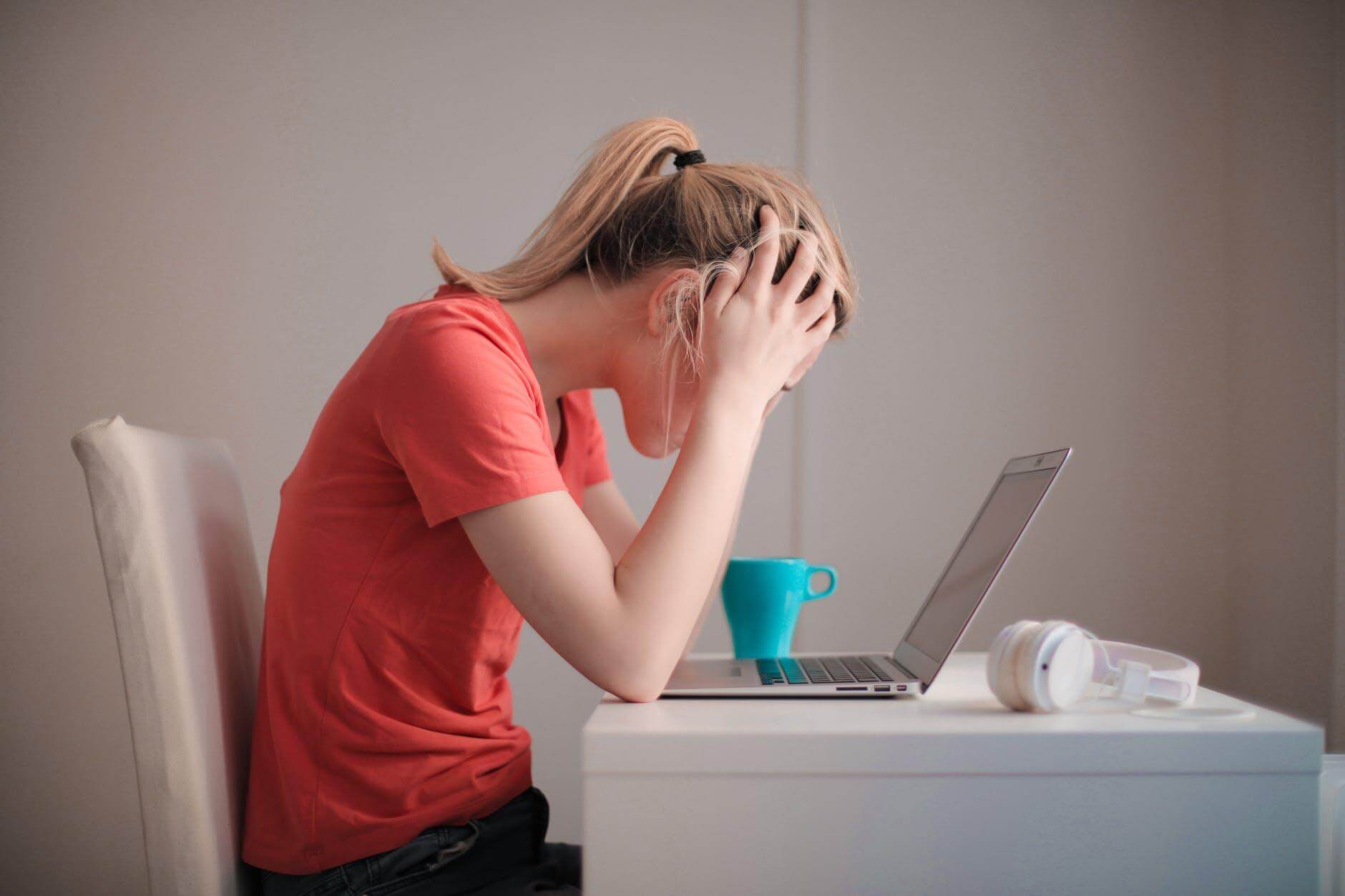 The question that now arises is what is the connection between caffeine and anxiety. In the DSM-5, there are four caffeine-related disorders:

Caffeine increases alertness by blocking adenosine receptors – the chemical that slows down our nerve cell activity – while increasing adrenaline that triggers alertness and increases energy.

The higher the caffeine, the stronger these effects will be, resulting in caffeine-related anxiety.

In some studies, it was also found that too much caffeine can result in symptoms similar to sleep disorders, anxiety, and psychotic disorders.

Common coffee anxiety symptoms you need to look out for can be:

While caffeine cannot be considered dangerous, it can be harmful if you’re sensitive to caffeine or abruptly quit caffeine, causing caffeine withdrawal.

If you consume caffeine regularly, then abruptly quitting caffeine can result in you experiencing withdrawal symptoms such as:

Caffeine withdrawal is not exactly dangerous but it can be distressing and difficult to cope with. If you’re experiencing these symptoms, it is recommended you slowly cut back on caffeine, get regular exercise, stay hydrated, or consult a professional for help.

It is also suggested you avoid consuming caffeine and caffeinated beverages in the evening as it may affect your sleep schedule.

If you’re on medications, it is strongly recommended that you seek professional advice before taking your medications alongside caffeine. Mixing caffeine with some medications may cause side effects.

Should I Keep Drinking Coffee If I Have Anxiety?

You can keep drinking caffeine if you’re struggling with anxiety, however, you will need to be cautious about how much coffee or caffeine you’re consuming. According to professionals, not more than 400 milligrams of caffeine should be consumed per day.

As I mentioned before, the effects of caffeine are similar to the symptoms of anxiety, and while drinking caffeine may not cause anxiety, it can worsen the symptoms.

If you’re struggling with anxiety or related disorders, you should avoid coffee or caffeinated beverages. If you can’t, then it is recommended that you cut back on caffeine gradually.

How Do I Stop Coffee Anxiety?

Here are some ways you can cut back on caffeine and stop your coffee anxiety:

If you’re accustomed to drinking more than three cups of coffee per day, then reconsider having one to two cups daily. Gradually slow down your caffeine intake by half and try to consume caffeine when you most need it.

When you wake up first thing in the morning, try to wait a bit before looking for your morning caffeine fix. Drink a glass of water instead. Save your caffeinated beverage for when you feel fatigued.

One of the best ways to get rid of the coffee jitters is by staying hydrated. H2O can help reduce the effects of caffeine. Not only that but switching your cup of coffee with water is also a good way to cut back on caffeine.

If you’re experiencing after-coffee jitters, consider exercising to help metabolize caffeine and get that unwanted energy out. A quick jog, aerobic exercises, or a walk can help!

If coffee is causing you anxiety then it is recommended that you consider sipping on decaf or herbal beverages instead of caffeinated ones. Herbal teas, especially decaffeinated ones, are a good option.

You don’t have to quit caffeine entirely. There are decaffeinated beverages available that can give similar effects as caffeine but in lower amounts. Remember, abruptly quitting caffeine can result in caffeine withdrawal that can be dangerous to your health.

If you’re struggling with anxiety without the added effects of caffeine, it is recommended you seek professional help to learn how to cope with anxiety.

Was this article helpful? Did you feel like we missed something? Let us know in the comments section below!

How To Decide If You Should Take It

Are Your Chakras Blocked? Take This 2-Minute Quiz To Find Out